Number of Players: 1-4
How the Heroes Win: Work as a team to adventure through different Dungeon tiles until you defeat Sarahos or another Boss Monster and destroy the Crystal. Along the way, you will battle corrupted creatures (Monsters), collect treasure, and learn new spells or abilities.
How the Monsters Win: If all the Heroes become corrupted (their health falls to 0) the Monsters win.


Regardless of the chosen game format, each game will be different because different tiles will be used each time, and the Heroes will encounter different cards with weapons, armor, spells, and abilities.

How to Play
The game is played in rounds, with each Hero taking a turn followed by the Monsters (if any Monsters are revealed). A Hero picks 2 actions to use each turn and can choose to use the same action twice. The actions are:


Traps
There are 3 different traps that are activated if a Hero moves onto its space. Armor and other affects can't reduce any damage from traps.


Special Spaces
When a Hero steps on a Treasure Chest, Ice Place of Power, or Fire Place of Power, the corresponding card is drawn. Some cards have negative effects (such as Monster Attacks), and some cards do nothing. However, some cards contain armor, weapons, spells, or abilities. Many of these cards can only be used by certain Heroes, as specified on the card.

Opening a Door
When a Hero uses an action to open a door, the top tile of the tile stack is drawn and placed adjacent to the current tile with the doors lining up. In some cases, the tile will have to be placed in a way that some of the doors do not match up with another door. If this happens, the door is a dead-end. (When the Hero opens the door, there is simply a wall behind it.) After a new tile is revealed, a Monster Card is drawn and the Monster is placed if a Monster symbol is on the tile.

Falling to 0 Health
If a Hero reaches 0 health, they become corrupted (defeated) and are removed from the game. There is an Uncorrupt Spell that the Wizard has a chance of acquiring during the game which can uncorrupt one Hero and return them to the game with full health.

Posted by Kiki Dragonfire at 6:16 PM No comments:

I have finished making all of the text for the cards that will be in the Forest Survival game. Now, I'm working hard to make all the artwork for the cards. I'm not going to be using any images from other sources, just making the images myself. Here is a small preview of a few of the cards I have finished! Just so you know, the borders will not be so large when the cards are finished. They have a large border now because of "bleed" during the printing process.

I also will give everyone a preview of what the gameplay will be like. This game will be a deck building game similar to games such as Dominion and the DC Deck-Building Game. However, Forest Survival is also very different in some ways to both of those games.


Object of the Game: The object of the game is to earn the most Victory Points. These points are represented by the star in the bottom right corner of every card. The game ends when all of the Disaster Cards have been survived.
Start of the Game: At the beginning of the game, each player chooses an animal to play the game as. Each animal has its own special ability that affects the gameplay. Each player starts with a specific set of Initial Cards (7 "Look for Food" cards and 3 "Sleep" cards).

Deck Building: Each player starts with a deck of 10 cards and draws 5 for their hand. At the end of a player's turn, he/she discards all cards that were played or not played from their hand. Then, he/she draws 5 more cards. If a player's deck runs out, the discard pile is shuffled. This forms an endless deck. As a player gains cards from the Gathering, the cards are placed in his/her discard pile.

Gaining Cards: During a player's turn, he/she will gain cards from the Gathering using Survival Points. A card's cost in Survival Points is listed in the heart on the top right of each card.

Herbivores, Carnivores, and Omnivores: The animal that each player plays the game as is a Carnivore, Herbivore, or Omnivore. This is represented by the color of the card. A red Animal Card is a Carnivore, a green Animal Card is an herbivore, and a red and green card is an Omnivore. If a Carnivore plays an Herbivore Card during its turn, the card loses all its effects and just allows the Carnivore to draw a card. If an Herbivore plays a Carnivore Card during its turn, the same thing happens: the Carnivore Card only allows the Herbivore to draw a card. However, an Omnivore can use the effects of all cards. This is why the ability on an Omnivore Animal Card is usually less powerful, because the Omnivores have the ability to use all the cards in the game to their advantage.


If anyone has any suggestions or questions about the game, feel free to comment below!


Posted by Kiki Dragonfire at 8:24 AM No comments:

Working on Art for Games

I'm working on creating artwork for Loolilia Version 2, and for my new Forest Survival game. It takes me a long time to create artwork, so I won't be done for a while with it. It has been quite fun drawing these images! Here is a sneak peak:
The background may change for this image, but this is what the Shifter looks like in Loolilia. If you haven't played the game yet, the Shifter is a Hero that can shapeshift into different Monsters. At the beginning of the game, she can only shapeshift into a Giant Spider, but she can learn how to shapeshift into other Monsters during the game. This is what the original version of the Shifter looks like:

Please comment below to tell me which one you think is better! I made the original Shifter using Epic Character Generator, but I drew the new Shifter myself. People have suggested to me that I should use my own drawings instead of these computer generated images, but I really want to know what you think!

Here are images of the original and new Elf as well to compare:


Posted by Kiki Dragonfire at 3:07 PM No comments:

Make My Own Hogwarts House Activity

It was really interesting seeing some of the things kids came up with! For example, one student came up with Gryffinpuff, which was a mix of Gryffindor and Hufflepuff because they felt they were both brave and loyal (and they liked red and yellow). Another student made a Peppa Pig House because they thought Peppa Pig was funny, and they are funny. Some of the Houses I saw were really creative!

If you want to buy this activity from me, click here to purchase it in my Teachers Pay Teachers store.

If anyone purchases and uses this activity, feel free to comment below with some of the creative Houses the children or students made! 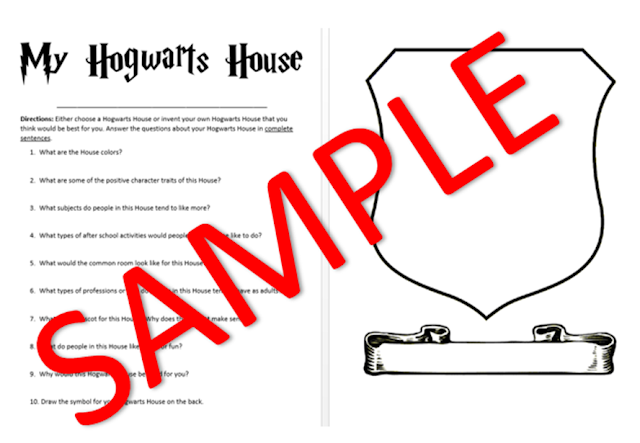 Posted by Kiki Dragonfire at 2:48 PM No comments: 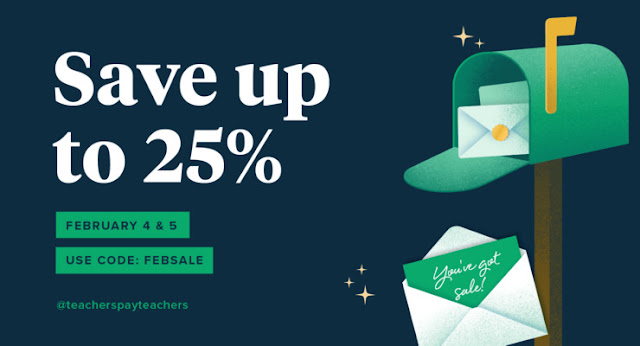 I've started working on a new game called Forest Survival. This game will be a deck building game where players will use Survival Points to buy cards and try to end the game with the most Victory Points. There will be Survival, Carnivore, Herbivore, Population, Water, Shelter, and Life cards. Also, Disaster cards will pose negative effects on all players. Each player will play the game as a forest animal of their choice, and each forest animal will have its own ability that it can use during the game. Here are some images of the cards in the game! They are not finished yet, but they will eventually have artwork.

Posted by Kiki Dragonfire at 12:24 PM No comments:

It can be expensive to buy tangible rewards for your students. However, rewards can be very motivating to students. Using Reward Coupons is a great way to reward students and not have to spend money buying rewards!

I used these coupons with my Sixth Grade students. Even my students who struggled with managing their behavior wanted to earn Reward Coupons, so these worked well to motivate my students to have positive behaviors in class! The most popular coupons were Seat Swap, Game Time, Lunch Bunch, and Use a Pen.
I created a resource that includes 20 editable Reward Coupons that can be changed to meet a classroom's needs. The coupons are color coded, so some coupons are worth more than others. Black coupons are worth the least, and blue coupons are worth the most. There are several ways that these coupons can be used. You can:
· Assign a point/dollar value for each color of coupon. · Tell the students to pick a coupon that is a specific color depending on what level of reward you want to provide. · Use a rewards chart where students may earn a coupon of a specific color when they reach a certain level. · Let students earn a coupon of a specific color when they reach a certain amount of Dojo Points (From Class Dojo).You can laminate these coupons for repeated use, or you can print them and have the students write their names on them when they earn a coupon. 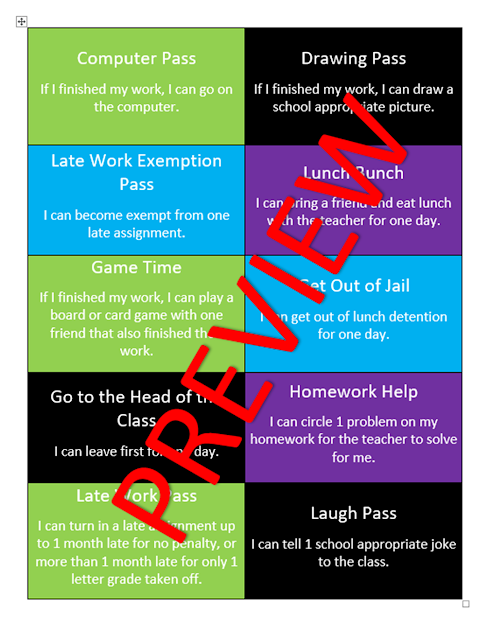 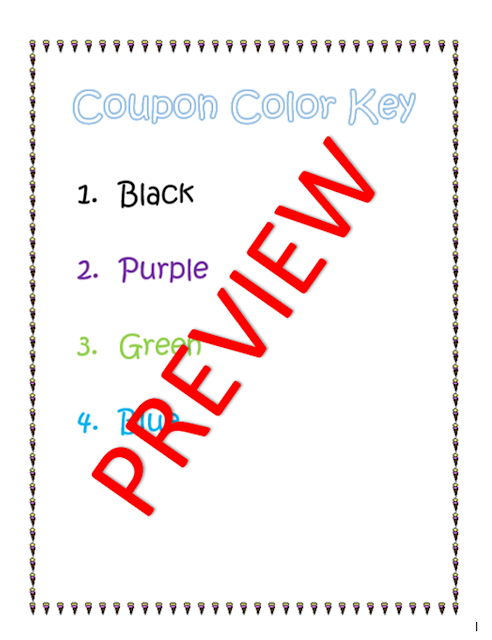 Posted by Kiki Dragonfire at 10:47 AM No comments:

Kiki Dragonfire
I am a happily married board game lover. I have 3 pets: a dog, cat, and snake. I spend my free time playing games or watching movies with my family, crocheting stuffed animals, or playing board games.